Sometimes life may leave us impassioned, confused, and lost. But some of us will be able to find a way out and lead a fulfilling life.

Mitch Albom had that privilege because he was blessed to be a student of such a beautiful soul- Morrie Schwartz. As Morrie suffered from a very cruel terminal illness that paralyzed him slowly, Mitch had the privilege to record his dear professor’s last words and share the pearls of wisdom with the world.

Morrie was a simple man. He was a carefree charming person who laughed, talked, and danced with his heart. He is the embodiment of many essential values which we fail to find among us.

Morrie believed in giving more than you take. His simple policy was to be as human as one can be.

What makes Morrie stand out is that during the last days of his terminal illness, as death crept upon him, instead of brooding over the cruel fate his ALS had gifted him and drowning in self-pity, Morrie decides to live the rest of his days with grace.

This was because he strongly believed that once you learn how to die, you learn how to live. He wants to tell the world his story and share his humble thoughts, and Mitch was the medium to do so.

And so, Morrie talked about life, love, marriage, friendship, and more. He tells about the meaningful life we should have. Instead of chasing the wrong things, we should find a purpose in life. These may seem like ones you already know about but trust me, you should hear Morrie’s version of them.

The world needed a little less logic and a little more compassion, according to Morrie.

There are tons of self-help books out there that intend to motivate and push you with highly inspiring thoughts and words But Morrie’s book is nothing like that.

Morrie intends to tell you what life is like in the simplest way possible, imparting a few valuable pieces of advice on the way.

It is common for today’s generation to not understand the value of humanity and compassion. We are a generation that often lacks ethics. This is where Morrie’s words become significant:

Be compassionate, and take responsibility for each other. If we only learned those lessons, this world would be so much better a place.

This may not be the book that will motivate you towards success, but it will surely touch chords in your heart and reverberate goodness.

Even after 20 years after his death, Morrie lives on… 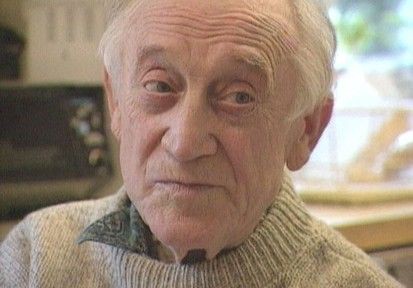