Royalty, palaces, a Queen, an erstwhile kingdom, a remarkable history…

Actually, I don’t know how to review this book perfectly, for it is a vast ocean of knowledge on History, which I fear I might undermine with my meek words. The eleven days I took to read this book, were pure bliss, escaping to the land of our ancestors, marveling at all the details…

The book, focusing mainly on the life of Sethu Lekshmi Bai, the last Maharani of Travancore, also touches the history of Kerala in vast detail. She ruled Travancore as a regent in the 20th century, bringing forth many bold reforms during her small tenure of seven years. Her wonderful personality, achievements, and story of her life have made her my new favourite woman in History.

The author has done very extensive research on the historical and political aspects of Kerala and India to write this novel. He has given the reference to the facts mentioned in the book in the notes section in about 100 pages! This book has a lot of details on the history of Kerala, though mostly on the royal family of Travancore, and the social conditions of the age, many of which I haven’t heard of before. 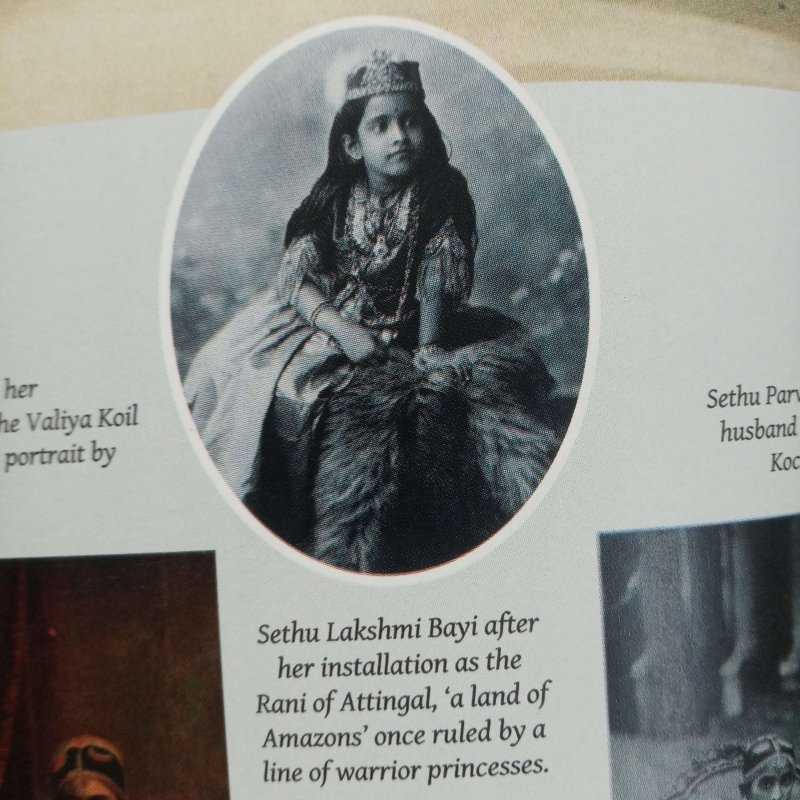 The matrilineal system was prevalent in the society of Kerala during the old days. This means that females had a very high position in the hierarchy and accession of the family. Not only were the children of female members of the royal family given rights, but women were also given authority to rule and manage land and treasury. Also, there was a particular region called Attingal which was ruled for many generations by a line of warrior princesses. Female heirs were so important in the royal family, that if there was a scarcity of girl children, little girls would be adopted from other families! The facts from this book were so surprising.

Sethu Lakshmi Bayi was an adopted child to the Travancore house, along with her junior cousin Sethu Parvati Bayi. From mere children, they were transformed into princesses overnight. Both of them were raised to become the Senior and Junior Maharanis respectively. Sethu Lekshmi Bayi became Her Highness the Maharajah of Travancore in 1924 and ruled for seven years as a regent. During this short period, she became known as a wise ruler and an ideal leader. She supported the Vaikom Satyagraha which opened up roads and public property to the ‘untouchables’. She invested a significant portion in the building of Kochi port. During her tenure, she extensively supported education especially for women and the first women employees emerged. Apart from these, there are many significant reforms that she brought about in the state. Her personality was exquisite and she earned admiration from her subjects. 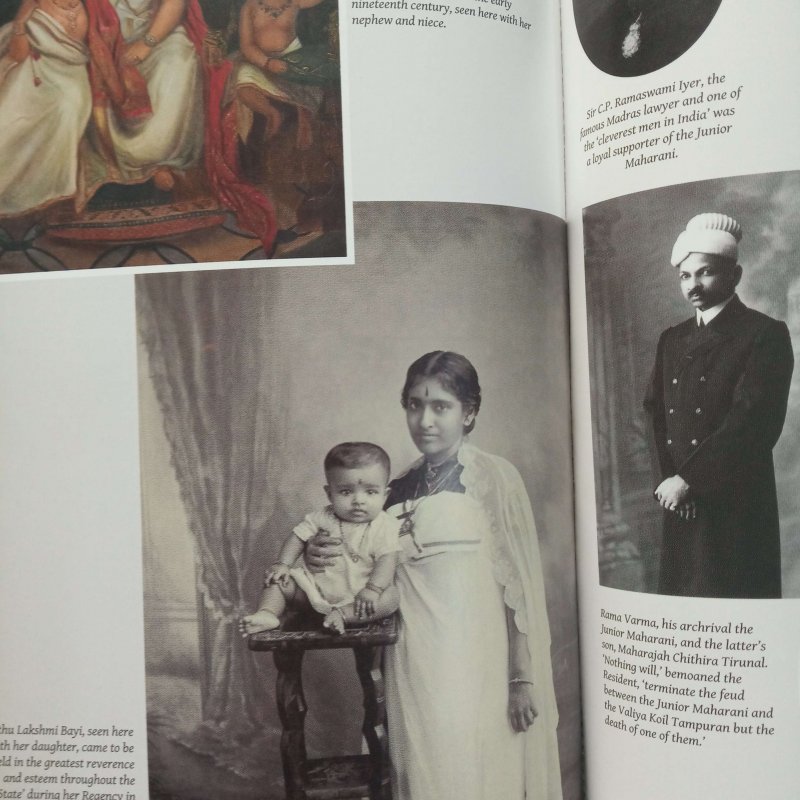 Sethu Lekshmi Bayi and her governance proves that women as rulers are definitely powerful, and even sometimes more capable than their male counterparts, just as history has proven. She can be regarded as an early feminist, upholding the rights of women and teaching her girls to be independent.

This book is an exhaustive piece on many Historically significant figures and events of Kerala. It also contains a number of anecdotes of the royal family members. Other than this, what amused me the most is the description of the many palaces scattered across Trivandrum. Satelmond, Kowdiyar, Halcyon and Lalindloch palace are some of the architectural marvels described in the book. I really wish to visit those someday.

The age of monarchy in Kerala is a time I wish that I could live in if I were a time traveler. It’s strange that I haven’t heard of these princesses before. They are unlike the cheesy stories of princesses waiting for their prince charming. They were strong, educated women with a Kingdom, army, and treasury. These are the kind of stories that young girls should be told.

When I started reading, I was very doubtful about whether I would finish such a heavy book. But it swept me off my feet with its beautiful narration and significant details. Sethu Lekshmi Bayi has become one of the women in history I admire a lot. This book tells the story of generations of royalty and the societies at the time. The Ivory Throne is undoubtedly one of the best books I’ve read. I was so touched by the book. I felt happy during her good times and sad when she faced all those injustices.

The Ivory Throne is not just a biography; it is a revival of a very significant woman in history who would have been lost in the tide of time. Where not a single monument was made to honour this great woman, this writer made Sethu Lakshmi Bayi immortal with his words., preserving her historical significance for generations to come.

I am so grateful for coming across this book for it instilled in me a love for my motherland, introduced a beautiful person, and also made me realize that my reading habits have finally matured and that I can read a 700-page non-fiction book without getting bored! I would definitely recommend this to all Malayalees, all those who love history and all feminists.

P. S: Heard that there are plans for a screen adaptation! So excited for this! 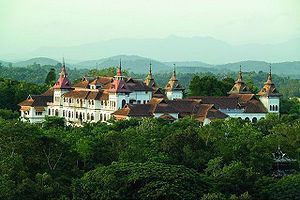