Real Mysteries in the Literary World that will Surprise You!! From lost novels to stolen manuscripts and a weird language…

There have been a number of real-life mysteries in the literary world, that have astonished us. They’ll probably never get solved.

The Author of Beowulf

The literary world does not know the author of the greatest ancient epic in the English language. This might be perhaps the greatest mystery for language-lovers.

Beowulf is the oldest living poem in the English language. A poem written in the Old English dialect, it is believed to have been originally composed between the seventh century. With 3182 lines, Beowulf is a tale of revenge, tragic deaths, and morality. Set in 6th century Scandinavia, the story follows Beowulf, a hero of the Geats, and how he saves his kingdom from the monster Grendel. This earliest English epic poem is a product of imaginative genius; yet nobody knows who wrote it. Most scholars believe that Beowulf was orally propagated and then written down centuries later. Many argue that perhaps Beowulf may have been written by a number of writers. The anonymous poet is referred to as the “Beowulf Poet”.

One of the plays of William Shakespeare, the greatest playwright that ever lived, has been lost in the tides of time and shall never be retrieved.

William Shakespeare, the greatest playwright in history, never published the plays that he wrote and performed. The 36 plays that he composed were published posthumously in the First Folio by Shakespeare’s colleagues. But one of his plays, Cardenio, got lost in the cracks of time. A pastoral tragic-comedy based on Don Quixote, it had been performed twice in London, as per records. Yet, any written copy does not exist. In the 17th century, Lewis Theobald, distinguished playwright, claimed to have discovered the manuscript of Cardenio and produced the play Double Falsehood. He never disclosed the original manuscript, which he stored in London’s Convent Garden Playhouse. This playhouse burned down in 1808. And so, Shakespeare’s Cardenio remains a lost play, a heart-breaking fact for all literary scholars. 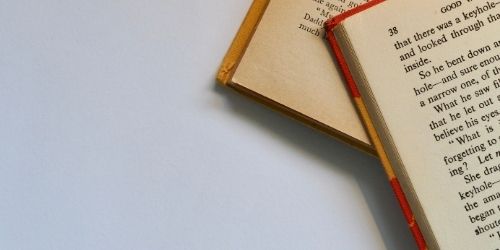 The Death of Edgar Allan Poe

On October 7, 1849, Edgar Allan Poe, one of the greatest gothic writers, passed away. Three days before his death, Poe was found lying in the gutter in a state of delirium, wearing shabby clothes and gibbering. He couldn’t explain why he was there and what happened to him. Poe spent the next three days in the hospital, haunted by wild hallucinations and calling out the name of a person that nobody knew. His death was as mysterious and horrifying as the tales he wrote. Many theories were put forward on the death of this gothic writer- from murder, suicide, to drug abuse and diseases like rabies. To add to the mystery, all medical records of him vanished, if there were any.

The last manuscript of Sylvia Plath, one of the most loved figures in literature, got lost…

Before Plath’s suicide in February 1963, she had been working on her second novel, titled Double Exposure. It is a fictionalized autobiography about an artist who discovers her husband has cheated. This unfinished manuscript vanished. None of her family members or colleagues knew its whereabouts. Had it been stolen or did Ted Hughes, Plath’s ex-husband, destroy it just as he burnt some of Plath’s journals? Once, it was claimed that the manuscript was discovered in the archives of a university in Georgia. Yet, this wasn’t confirmed. Plath’s manuscript remains rather ghostly. Was it stolen by kin? Is it lying undiscovered in a university archive? Still, there is hope, because her lost journals have been discovered recently. 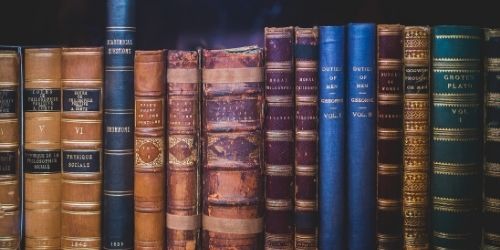 A strange,centuries-old manuscript in a strange language, whose purpose or origin no one knows…

An illustrated manuscript with writings from left to right, the Voynich manuscript is composed in an unknown, and possibly meaningless writing system. Despite the efforts of many professional and amateur code breakers, this manuscript has never been deciphered. The pages have been carbon-dated to the 15th century, possibly written during the Italian Renaissance. In 240 pages of writings in a strange language, the meaning and origin of the Voynich manuscript continue to be a mystery to cryptographers and historians. Many theories have been put forth regarding it- Some say it’s a medieval physical and mental health manual written in Latin shorthand by Dominican nuns for ladies of high society. Others claim that it’s a system for viewing stars, used by the medieval English philosophers. Some theories state that it’s an enciphered version of an ancient text originally written in Old Cornish. There are even theories that it’s a complete hoax!

What do you think about the above mysteries?

Is there a fact which surprised you a lot, that you want to share with us? Drop it in the comments below!