Everything Under- Book Review An outstanding read, with a classical myth on its head!

I picked up this book tempted by its beautiful cover and good reviews about its “mindblowing classic myth reference”(but mostly the cover…), and I’m glad to say that the book turned out to be beautiful on the inside as well!

To begin with, let me say that this book is the kind we can read every day. It’s a very slow-paced book that mesmerized me with the story-telling abilities of the author. Till almost 40% of the book, I did not understand the plot and get the characters; but then things started falling in place. 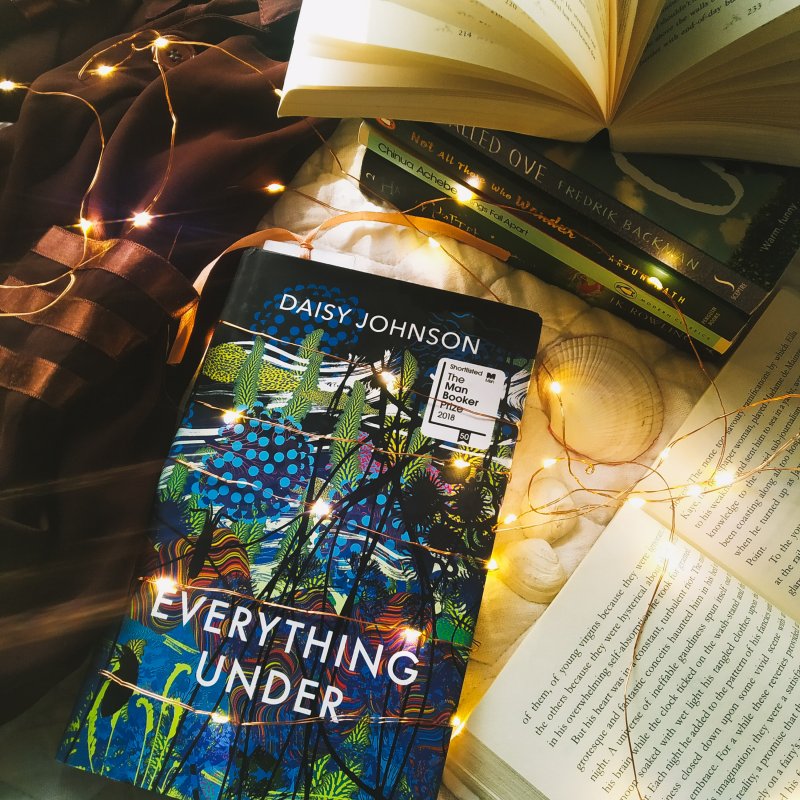 What’s the book about? Well, let’s say that it’s an eccentric tale of a woman named Gretel and her mother. The book deals with her childhood in the canal boat where they lived. What really scores a goal in this book is that the story is a kind of re-telling of a very popular ancient myth. The author builds this up so skillfully that the reader cannot guess the myth till the very end. It took me by surprise and I instantly fell in love with the author’s writing style. I realized that such an outstanding, realistic story cannot be rushed into. This outstanding writing is what may have earned the book a Booker Nomination.

The book has a lot of imagery and supernatural elements. Daisy Johnson writes very well on the landscape, river, change in seasons, and other elements of natural affinity. The relationship between Gretel and her elderly mother is described in raw details.

I would recommend this book to readers who would like an extraordinary, not-so-simple read.